Tokenization is a powerful economic model to drive business growth. But it won’t have any legs until integrated with products and services of viable value-added. We’ll see many innovations in this area coming out of the bear market & becoming the next frontier of crypto adoption.

The next wave of crypto adoption will come from utility tokens of real-world companies.

Tokenization is a big breakthrough of web 3. It creates huge possibilities for innovation but also opens many cans of worms.

The fact that anyone can create a token to represent anything of value, and trade it with any other asset on an open network under the common standard is something unthinkable b/f the creation of public blockchains. Amazing indeed!

But tokenization also allows many web 3 “products” to gain an appearance of traction in short term, even though they’re never sustainable biz on their own.

Benefits that we should be bullish on

Super power of tokenization is obvious despite many problems of web3 to date. To start, it makes latent values in the economy trackable & tradable.

Many things have values but don’t have a market because they’re hard to track or trade. E.g. At a personal level: attention, habits, credit scores. At the social level: air quality, crime rate, traffic congestion.

It gives liquidity to hidden values & allows them to be exchanged with other things valuable. It allows creators of those latent values to be compensated & incentivized to create more.

This distribution cycle is predicated on the existence of employment & capital ownership. Many distortions & frictions happen in the process.

Web3 made the alternative “co-op” economic model scalable through code: profits of productive projects can be programmed to deliver to all participants as token holders instantly, whether they’re customers or contributors, or both.

Tokenization creates immediate ownership behind a common goal & rallies a community on the back of shared self-interest. In the right context, it’s a powerful tool for driving users, investors & contributors.

In sum: The web3 model can improve the economy’s ability to express & distribute values & as a result unlocks new values.

But the problem is no business model does any good if underlining activities are not valuable.

The metaverse will pay for “work” that has no utility

The bull market creates a frenzy of on-chain activities in yield farming, play to earn, etc.

In long run, the market price for such work is zero.

Tokenization is a great ally for web3 projects to implement the growth-at-all-cost strategy used by so many web2 startups to gain “network effect”.

The problem is such network effect is not real without an underlining viable product that has utility.

Token-enabled ponzi-nomics hides the weakness of the product to creates illusion of adoption & actually makes it harder for the product to improve because there’s no correct market feedback.

The ponzis eventually implode. But that doesn’t negate the fact that if applied in the right context, tokenization is a powerful economic tool that will supercharge biz growth.

Real businesses are only waking up to the power of tokenization. The death of speculation in bear market gives breathing room for real innovations in tokenization to happen.

Companies with viable products that manage to integrate utility tokens into the existing biz models *early* will be handsomely rewarded, while driving crypto adoption forward.

By “utility token”, I mean a token that has a clear usage within the product life cycle, as opposed to “equity tokens” that give holders a share of company profit, which is akin to equities & likely run into regulatory headwind going forward.

3 ways that a traditional biz benefits from utility tokens

The simplest utility token use case is as a reward program— users earn more tokens the more they use the product. Tokens can then be redeemed for more products in the future.

Loyalty programs are nothing new — think frequent flyers miles, Starbucks rewards, and credit card points. The game-changer part is to allow the “points” one earns to have liquidity in 2ndary markets on public blockchains.

This completely turns biz model of traditional loyalty programs on its head.

If the producer creates 2-tier pricing based on quantity purchased, orange area is now bigger. 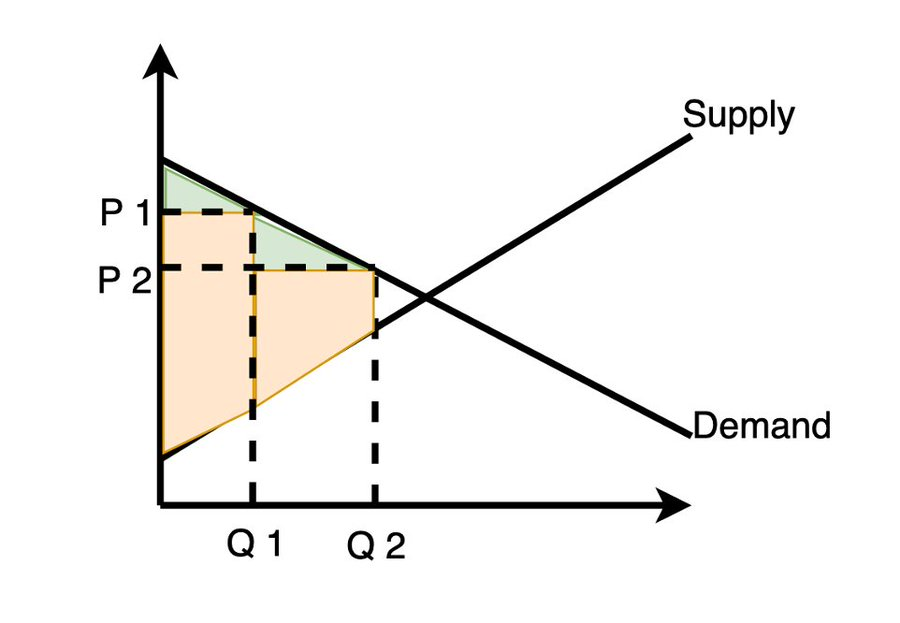 The more fine-grained the price discrimination, the more producer surplus there is, as long as the firm makes sure customers on more expensive tiers cannot cheat to take advantage of lower prices on other tiers.

That’s why airlines don’t allow you to sell your frequent flyer miles. If “volume discount” can be transferred to other users, the biz model of the loyalty program falls apart.

But that’s exactly what happens if you tokenize a loyalty program. If loyalty points are fungible tokens that can be traded on 2ndary mkt, you’re giving everyone the same discount that is = token price x amount of your product 1 token can redeem for.

Then why would any biz want to tokenize a loyalty program?

B/c although tokens made differentiated pricing impossible, it gives a stronger incentive for users to earn rewards since monetary benefit can be immediately cashed out on 2ndary mkt. Liquidity makes tokenized rewards more attractive than loyalty points confined in walled gardens.

In economic terms, the extra incentive creates an upward shift in the demand curve equal to the amount of discount, which manifests as user growth & higher usage from existing users. The resulting equilibrium price, quantity & producer surplus are higher than in the base case. 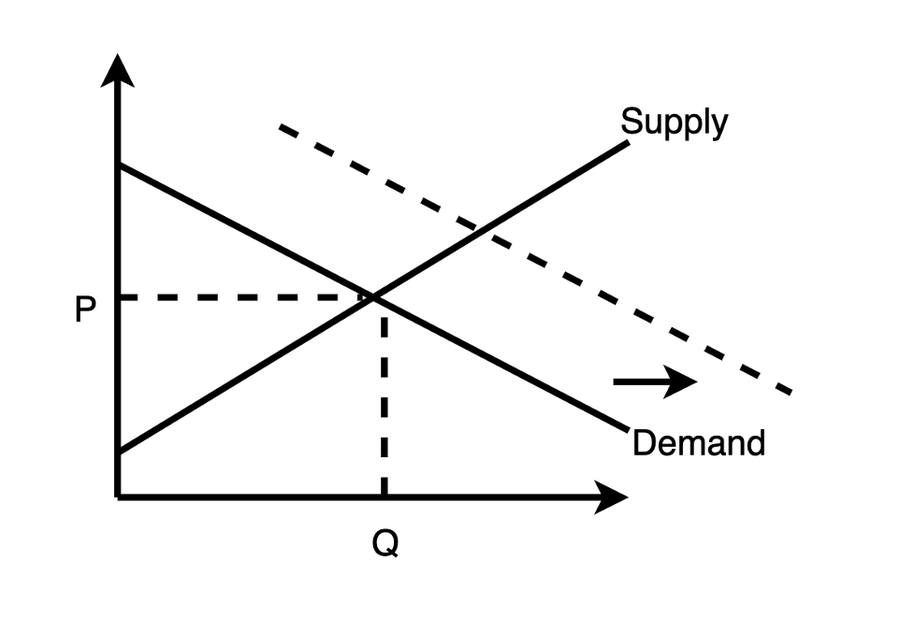 You say, but the firm now gives out a “subsidy” to ALL users in the form of loyalty tokens. Do benefits outweigh subsidy costs?

That brings us to benefit #2—

In 2000 PayPal paid tens of millions $$ in signup bonuses to new users to bootstrap adoption. It was a great incentive but was hard cash taken out of the company coffer.

Unless you’re a VC-backed startup w/a a large runway, it’s hard for new firms to pull off growth marketing stunts like that.

But if signup bonus is in token form, it doesn’t impact the company’s current cash position. Instead, tokens are given out today subtracted from tomorrow’s revenue as users redeem tokens for the company’s products & services in the future.

W/the help of 2ndary mkt to extend liquidity, you can use future (unrealized) revenues to fund growth today. ’Tis much more flexible marketing spend for a wider range of companies.

Besides, you can adjust the redemption ratio, i.e. X amount of tokens can be redeemed for Y amount of product, to change how much discount in $ terms you’re giving out at the different times, depending on the market prices of your product & your token.

This “monetary policy” is an additional marketing lever at your disposal (it also helps set a floor price for your token & support price stability).

Another benefit of tokens compared to traditional rewards program – it increases the number of direct & indirect stakeholders.

Many so-called web 3 “communities” are nothing more than echo chambers of speculators hoping the token price would go up.

A community built on appreciation hopium is robust in a bull market, but also fragile & even destructive in the long term. Not to mention the regulatory hassle you may get into down the road if the goal of holding your token is price going up.

Instead, like any good currency, you’d want to build long-term trust in your utility token by aiming for a relatively stable price. So user incentive is to earn more tokens, not expecting token to appreciate.

Even w/o a speculative cult following, the fact that your token is circulated on 2ndary mkt means it interacts w/ many more people than your direct user base. And an asset of stable value can be incorporated into other financial instruments, further extending your reach.

Thanks to @TaschaLabs for these insightful threads.

Why Beeco believe Blockchain can improve the eCommerce industry?

Bee Play: Ready for anyone

What is Bee Gifts and how to use?